Sherly Sulaiman is a certified clinical hypnotherapist, NLP (Neuro–Linguistic Programming) master practitioner, mindfulness coach and meditation teacher. She has twenty years of experience in the health and well-being industry. She founded The Depression Relief Clinic and Inner City Hypnosis in Sydney, Australia as well as New Stress Relief, her private practice in Santa Monica, California. She is also a contributing columnist to Huffington Post and Thrive Global. Primarily, she sees her role as being that of a “personal mind trainer” to her clients and students, guiding them through their “tranceformations” in life, so that they may be the best person they can be, living the best life they can live.

After completing her Bachelor of Arts degree in Australia—with a double major in Sociology and Communications and an emphasis in Psychology, Sherly began to pursue her true passion: a study of the connection between the human body, mind and spirit. During this time, she undertook an in-depth exploration of alternative medicine, healing, meditation and yoga.

In Sydney, Australia, where she grew up, Sherly studied under the renowned Yogi – Acharya Upendra Roy in 1998, when selected to personally train with him one-on-one. In this esteemed type of training, the teacher’s practice is conferred upon or passed down to the student. She went on to teach with him at Acharya’s Yoga and Meditation Centre, the longest running yoga and meditation studio in Australia at that time. A few years later, she also completed the Teachers Training course, certified by Yoga Australia and Acharya’s Yoga and Meditation Centre. She continued her mindfulness and meditation training with various Buddhist monks and nuns in Australia, India and the United States.

Inspired by her fascination with the human mind and psyche, Sherly expanded her work to include hypnotherapy, NLP and coaching. She studied with the AHA (Australian Hypnotherapist Association) and Alistair Horscroft at The Mind Institute in Sydney and Noosa, Australia, graduating at Teachers Trainer level for Hypnotherapy and NLP. She also studied Past Life Regression with Dr. Bryan Weiss. Following her training with Robert Holden—Director of Success Intelligence, The Happiness Project and Hay House author—Sherly became a certified Success and Happiness Coach.

Sherly’s vast experience and knowledge gives her a unique perspective and set of skills with which to address a wide range of psychological and behavioral issues. Her specialized areas of focus are depression, anxiety, phobias, PTSD (Post-Traumatic Stress Disorder), abuse, self-worth and various forms of addictions. She was the Founder of “The Depression Relief Clinic” and “Inner City Hypnosis” in Sydney, Australia; New Stress Relief and Mindfulness for Actors and Artists in Los Angeles, US. Her popular workshops, classes and individualized counseling have helped thousands of people from all walks of life, including business executives, mental health practitioners, healers, actors, artists, students, parents, housewives, LGBTQ and couples.

In 2011, she moved to Los Angeles to expand her work in these fields through workshops and her private practice, New Stress Relief. In addition, she happily teaches mediation, facilitates group hypnosis and conducts workshops at Unplug Meditation, also based in Santa Monica.

In 2012, Sherly co-founded Friends In Service, a volunteer group that oversees an empowerment program for underprivileged children. Since inception, the group has been of service to thousands of children in India and Nepal. Through art, meditation, yoga, music and coaching, the children learn to reconnect with their authentic selves and realize they can have a better life beyond the limiting beliefs conveyed to them at birth. 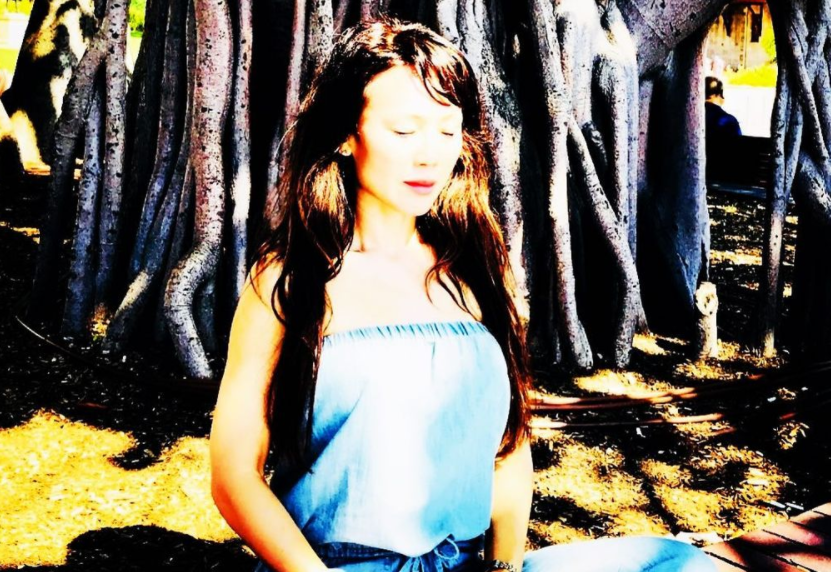 Follow Sherly on social media to find our what’s going on in her world.

Sherly Sulaiman walks through the dangers of stress and depression from everyday stimulation.

During a recent trip to New York, I was told about the story of Larry Selman. His story continued to pull on my heartstrings, its emotional effects echoing in me like a hauntingly beautiful melody.